An average adult male cat weighs between two and seven kilograms, while females weigh between 1.6 and 4.6kg. Coat colours vary from pure black to orange tabby. Feral and stray cats are widespread throughout New Zealand with dumped pets the cause of most populations. 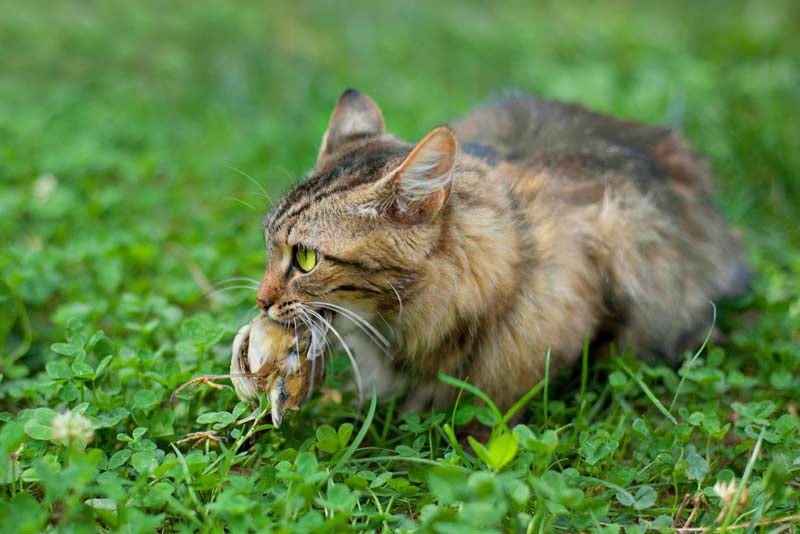 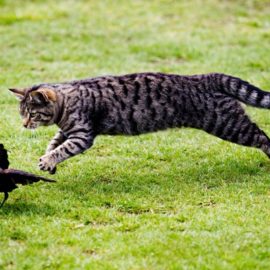 Females usually come in season – their breeding cycle – in July or August causing the males to become noisy and wander extensively. Gestation normally takes 58 days and two to four kittens are born in September or October. A second litter may be born later in the year.

At four to eight weeks, kittens emerge and play, at 10-12 weeks they accompany their mother on hunting trips and they are fully-grown at 10 months. Juveniles may move up to 10km from where they were born. Females are sexually mature at about one year old and males slightly older.

Feral cats are mainly active at night, preying on small mammals such as rodents, small birds and eggs, fish, lizards and insects. They have very good vision and hearing, but their sense of smell is less sensitive.

It is estimated that cats kill up to 100 million birds in New Zealand each year. Many of the victims are natives such as tuis and kūkupa. Feral cats can carry parasites and Toxoplasmosis, which can infect humans.

North Island saddleback, pied tit, tui and red-crowned parakeet were eliminated on Cuvier Island, off the Coromandel coast, mostly through predation by cats. Cats were introduced to Mangere Island, in the 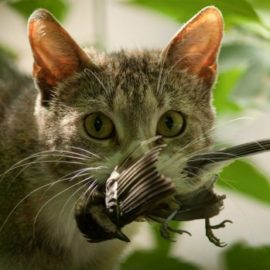 Chathams, to control rabbits but in addition had also eliminated at least two species of seabirds and most forest birds by 1950.

Kiwi deaths have been caused by pet dogs on daytime walks and by dogs not tied up at night, at home or camping. Cats and mustelids (ferrets, stoats and weasels) are also predators of kiwi.

The Whangarei Kiwi Sanctuary Study from 2000-2005 showed dogs were responsible for 42 % of kiwi deaths including 69 % of adult kiwi deaths. While the effective control of dogs is identified as the most critical part in ensuring the survival of kiwi, cats are attracted to the same kinds of wildlife.