The stoat is a member of the mustelid family, along with weasels and ferrets. It was introduced to New Zealand in the 1880s to control rabbits and hares. Stoats are now considered “public enemy number one” for New Zealand birds. 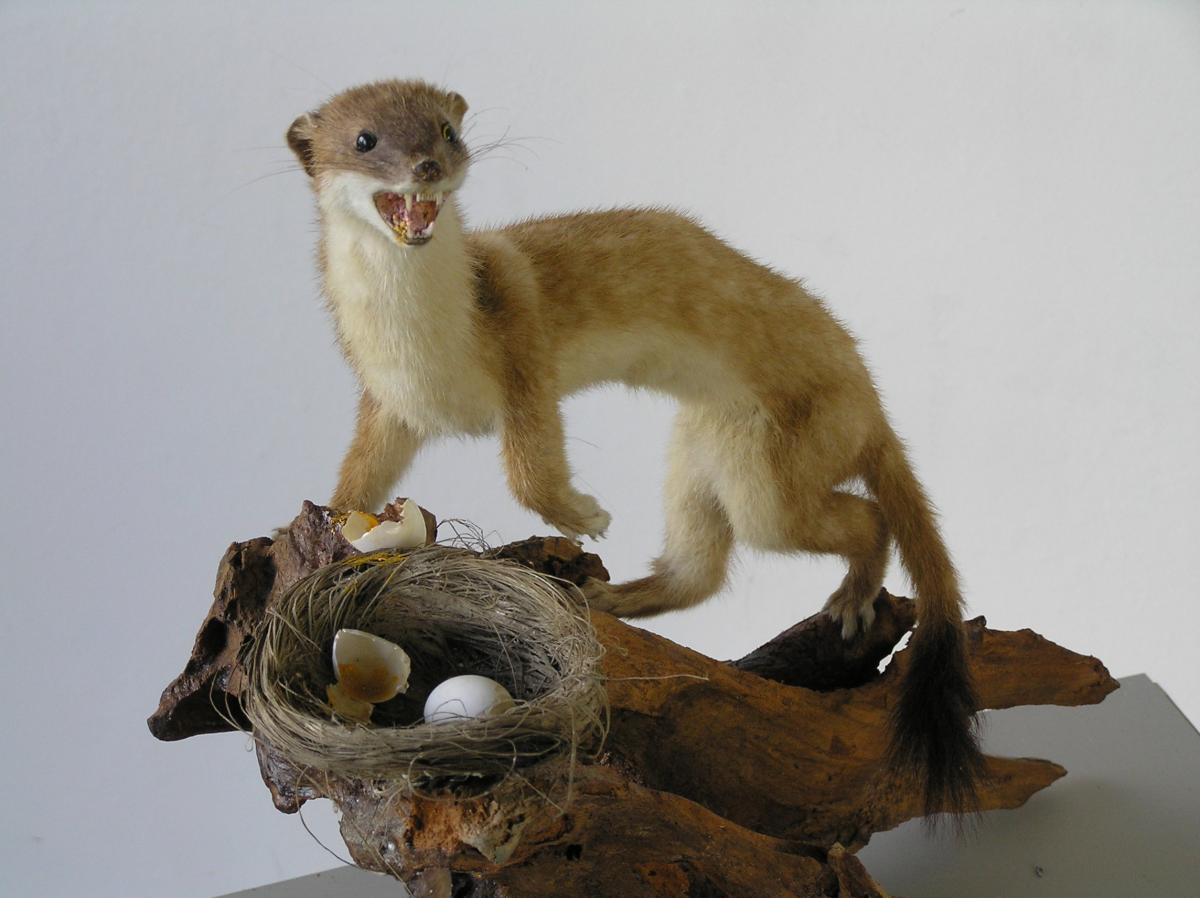 Stoats and weasels are similar in colour and general appearance, but stoats are larger, have longer tails and a straight line where the brown fur on their backs meets the white belly fur. From 350-400 mm long from nose to tip of tail, the stoat is reddish-brown above, white to yellowish underneath, and has a long tail relative to that of a weasel, with a distinctive and obvious bushy black tip. Males are generally considerably larger than females. Average weight of males is around 325 grams, and females 205 grams, though this may vary from region to region. In very cold, snow-prone areas some stoats develop a pure white winter fur, though this is rare in New Zealand. Stoats have acute sight, hearing and smell, and may have some colour perception.

Agile and excellent climbers, stoats hunt at any time, day or night. Home ranges are generally large 60-200 ha, and considerable distances can be travelled in short periods.
A single litter is produced annually of up to 12 kits (mean 6-8), from late September (northern areas) to late October (cooler climes). Den sites are well hidden and changed frequently. Young are independent from early January. Nearly all females leaving their natal nest are already pregnant but delay development of the fertilised eggs until the following spring.

They have excellent powers of dispersal and individual juveniles have been known to travel over 70km in two weeks. They are also strong swimmers, known to have crossed water gaps of up to 1.1km to reach islands.

Stoats live in any habitat in which they can find prey. In New Zealand they can be found from beaches to remote high country, at any altitude, up to and beyond the tree-line; in any kind of forest – exotic or native; in scrub, dunes, tussock, and farm pastures. They are even known to occur near human settlements. In open country they are less common than ferrets, but in the forest they are much more common.

Populations can vary significantly in response to food availability. Large increases in population occur in the year following beech tree ‘mast’ seeding years due to increased abundance of mice and possibly also because of bird and invertebrate population growth. Similar increases can occur in podocarp and broadleaf forests during cyclical heavy fruiting seasons. 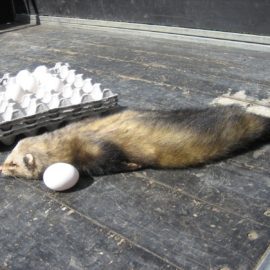 Stoats are implicated in the extinction of some indigenous bird species (bush wren, laughing owl, native thrush) and as the major cause of decline of many others (S.I. kōkako, takahē, kāka, mohua, Hutton’s shearwater, kākāpō, kākāriki, the Okarito kiwi and other kiwi species).

They are known predators of many other native birds and also feed heavily on reptiles and invertebrates.

Predation of young kiwi, chiefly by stoats, is currently the most important factor contributing to the continuing decline of mainland kiwi populations. Stoat numbers can be extremely low and yet can still make a substantial difference to kiwi survival and often current trapping regimes do not reduce densities sufficiently to protect young kiwi. New research will look for better ways to protect kiwi from stoats.