Hedgehogs have voracious appetites. They pose a threat to native weta, skinks, and the eggs and chicks of ground-nesting birds. Hedgehogs were first brought to New Zealand by acclimatisation societies to remind settlers of their homeland, but were later introduced in greater numbers to control garden pests such as slugs, snails and grass grubs. Today, hedgehogs are abundant throughout New Zealand, and pose a significant threat to many of our native species. 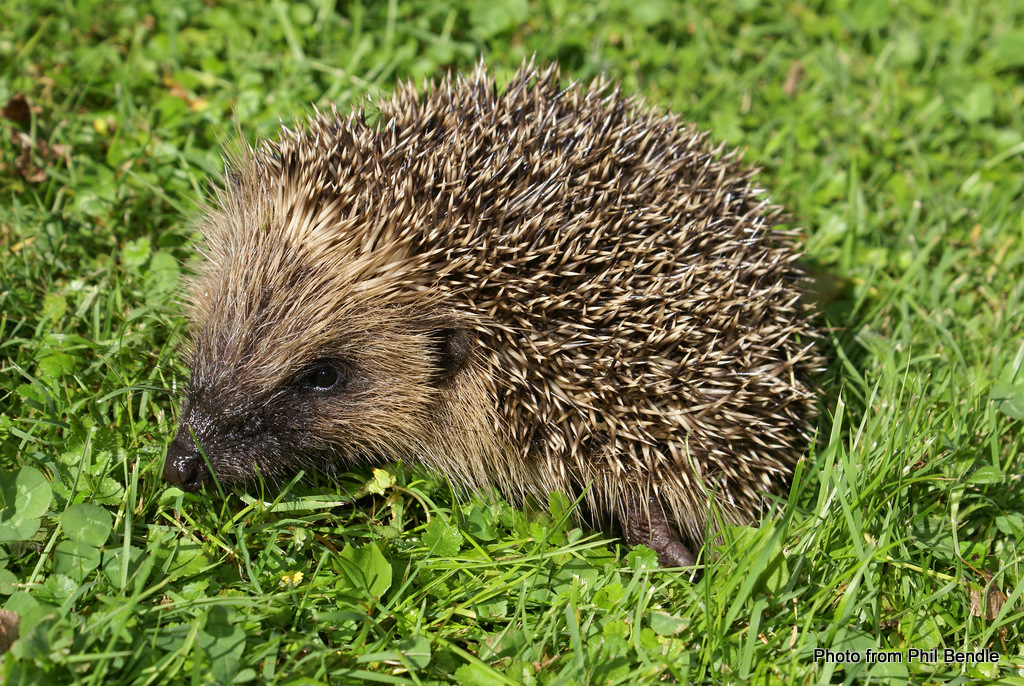 The hedgehog is an unmistakable small nocturnal mammal, grey-brown in colour with its back and sides entirely covered with spines. They are 150-250 mm in overall body length and reach a maximum of around 1 kg, but their weight can drop dramatically during winter hibernation.

Though males tend to be slightly larger than females the difference in size and weight is not obvious. 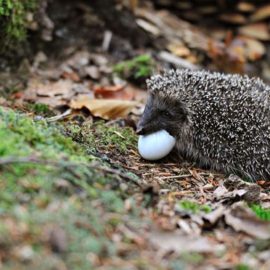 Hedgehogs rely on their spines for protection and roll into a tight ball when threatened.

In winter, hedgehogs hibernate. Winter dens are under tree roots or deep dry litter, in rabbit burrows or other dry refuges. Male hedgehogs begin hibernation much earlier than females.

Then in spring, as early as September, the long breeding season starts, yet young may be born as late as May. Two litters can be produced per year, each of 4-7 young; however juvenile mortality is high. The young are independent after about 7 weeks.

Hedgehogs’ preferred habitat is lowland pastoral areas, and they become less common with increasing altitude. Although previously thought to be mostly absent from extensive forest, recent studies show they are regularly trapped within large forest tracts (for example in Trounson and Rotoiti), and are found above the bush line in extensive forest areas such as the Kawekas. Home ranges are not defended and can overlap with many others. Hedgehogs will usually have several daytime nests, which are sometimes used by other hedgehogs when not occupied.

Hedgehogs are mainly insectivorous, with key prey items being slugs, snails and larger insects, but will eat almost any animal substance and some plant material. They find much of their prey by smell.

The extent to which hedgehogs impact upon the New Zealand environment is only recently beginning to be understood in any detail.  Here is a summary of findings: 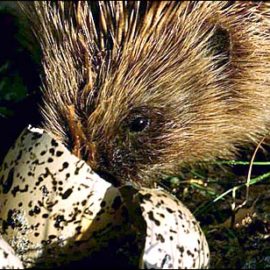 Hedgehogs are proven to be a major predator on eggs of riverbed breeding birds such as banded dotterel and black-fronted tern, and have been known to kill and eat chicks of a variety of ground-nesting birds.

In the MacKenzie Basin (South Island), hedgehogs have been found to be responsible for one in five predator attacks on nests.

Hedgehogs have a voracious appetite for invertebrates and take many local endemic species.  They are known to eat the rare giant native centipede and a number of other rare insects.

One hedgehog was found with 283 weta legs in its stomach! They have been known to eat the native snail Wainuia urnula. Lowland populations of Powelliphanta snails may also be severely affected, particularly the Patarau and Otaki sub-species. Only smaller (juvenile) snails are eaten, but this severely affects recruitment and population recovery.

It is possible that hedgehogs also prey on endemic frog species, as they are known to take introduced frogs and their range overlaps with some New Zealand frog species.