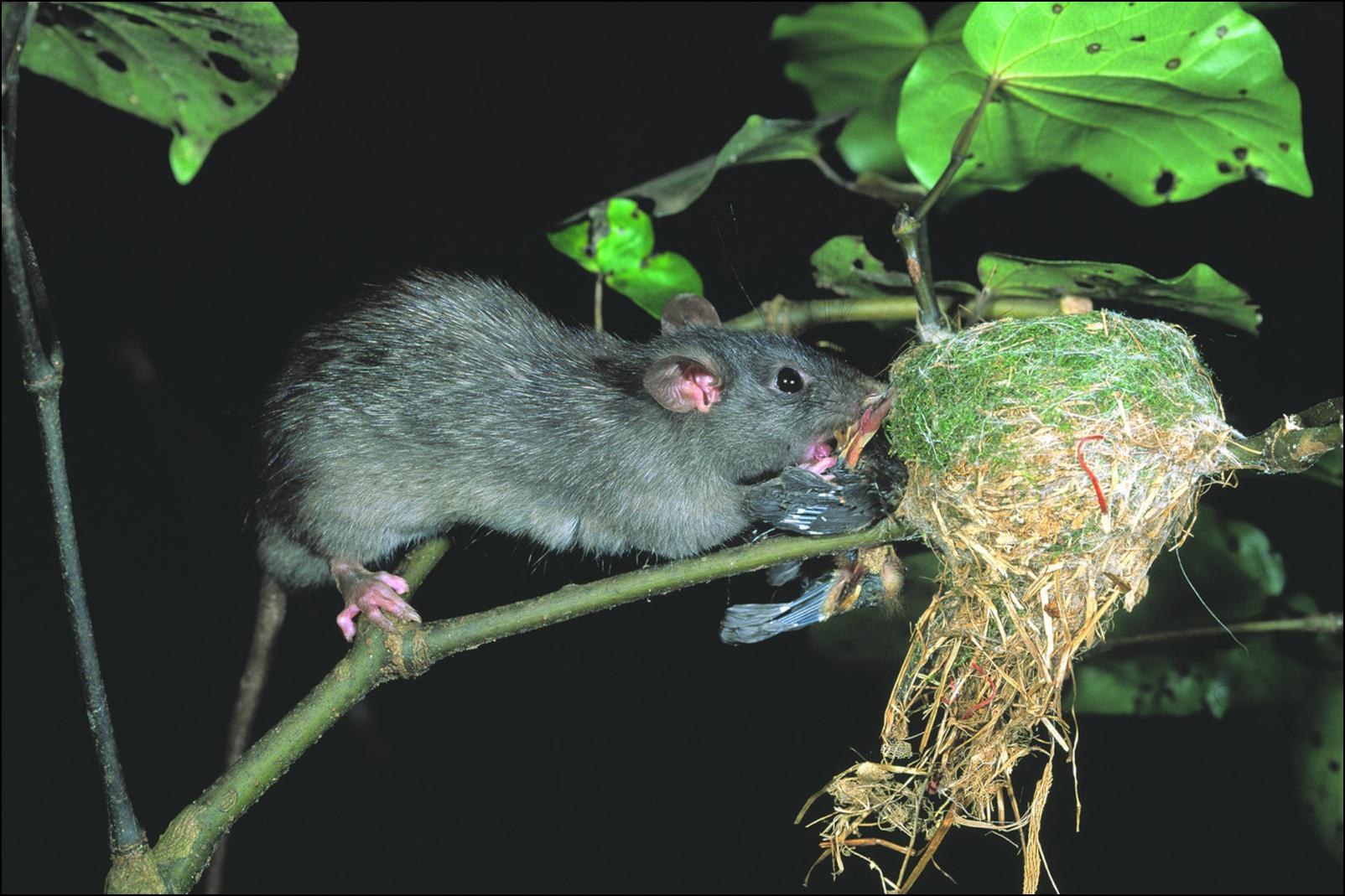 There are three types of rat in New Zealand.

Kiore is the Maori name for a species of rat (Rattus exulans). It is the world’s third most widely distributed rat, found throughout the Asia/Pacific area.

Kiore are poor swimmers and have been introduced accidentally and intentionally by humans. Maori settlers introduced rats to New Zealand in about the 10th century.

Of the many introduced mammals to New Zealand, kiore are unique because of their association with the migration of Polynesians throughout the Pacific, and because of their cultural and spiritual values to some iwi Maori. 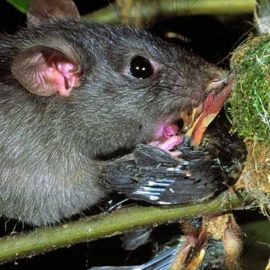 Kiore eat a wide range of foods including seeds, fruits, insects, lizards, eggs and chicks. New Zealand’s native plants and animals evolved without predators and are unable to compete with introduced species.

In 1995 the Department of Conservation (DOC) released a kiore strategy document. That strategy advocated the elimination of kiore and other rodents from islands administered by DOC.

At the same time the strategy recognised the cultural and spiritual value of kiore to some iwi Maori and acknowledged that kiore were likely to remain on the mainland and on some islands (outside of DOC’s administration) for cultural or scientific reasons.

DOC administers approximately 230 of the estimated 600 islands around New Zealand. Fifteen of these islands have kiore.

Removal of kiore from all 15 of DOC administered islands would reduce their New Zealand range by only four per cent. DOC has successfully eradicated kiore (and other rodents) from a number of offshore islands and plans to eradicate rodents from all fifteen islands under its administration. Where they are removed from offshore islands, considerable conservation gains are possible.

Kiore are not protected under New Zealand statutes.

Recognising that iwi Maori sometimes have a cultural interest in kiore, as well as the ecological health and well-being of plants, forests and wildlife, DOC consults before starting eradication programmes.

By contrast the ship rat (Rattus rattus), which is more common, has a tail larger than its body, and ears that cover the eyes when pressed forward. Both of the European species are associated with human activity and are found in houses, tips, waterways and cropland 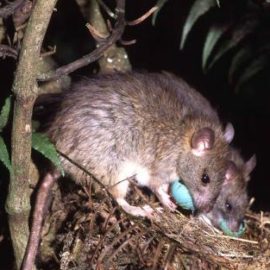 Rats have a major impact on New Zealand’s wildlife because they eat native animals and their eggs. They also eat a wide range of native fruit and plants, which puts them in competition with native wildlife for food.

Kiore, introduced by early Maori voyagers, predate rare weta, snails, frogs, lizards, tuatara, birds and bats, as well as other insects and the flowers, fruits and seeds of plants.

Norway rats are large enough to kill nesting adult seabirds and prey on animals that live, roost or nest close to the ground.  Ship rats are causing the most damage to our wildlife because they are good climbers, so they are able to get access to most bird nests high in trees.