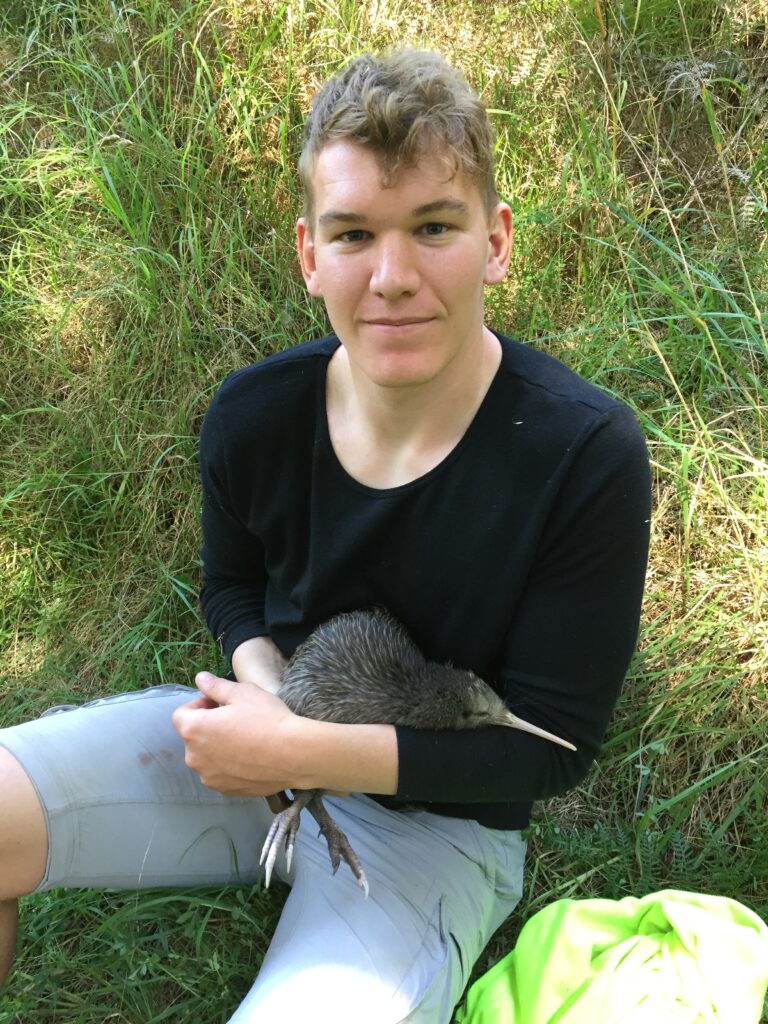 Te Whakakotahi - Expansion of our footprint

East Taranaki Environment Collective (ETEC) mission is to protect the ecosystem and native biodiversity in East Taranaki. We undertake predator control in our project area of 13,000 hectares in the remote country east of Inglewood. Our pest operations through our trap network and goat control provide a place for kiwi, kokako, New Zealand long-tailed bats and other native species to thrive.
Our project has a focus on landscape in-situ kiwi protection. The population of our kiwi has extended into the wider catchment and out of our existing protected area. This has placed a number of kiwi at a higher risk of predation.
With Kiwis for kiwi funding support we are able to extend our footprint and predator control by an additional 5,775 hectares over the next two years. This will provide an additional 5,775 hectares of protected area for kiwi and their chicks to survive. The expansion area will connect to our current protected area, plus to other community groups, schools, iwi projects and farmers. This will be done in two stages:
• Mangaoapa Road to Matau and interior (1,129 hectares) – Stage 1 – Year 1, January 2021 to December 2021
• Te Wera west of Highway (4,646 hectares) – Stage 2 – Year 2, January 2022 to December 2022
This financial year will be focused on expanding the trapping network into the Stage 1 area. This will involve ground truthing the interior traplines and signing MOUs with the landowners. Contractors will be hired to cut the tracks and install the traps. Contractors will also be employed to conduct monthly checks on the traps as a way to not only engage landowners but also to provide a supplementary income to the Matau community. We will also continue to engage the landowners in the Stage 2 expansion area and finalise those traplines so that the tracks can be cut and traps installed in the following financial year. Another community meeting will be held at the Matau hall in April 2022 to update the community on the work that has been carried out in the area and to present the Stage 2 expansion. 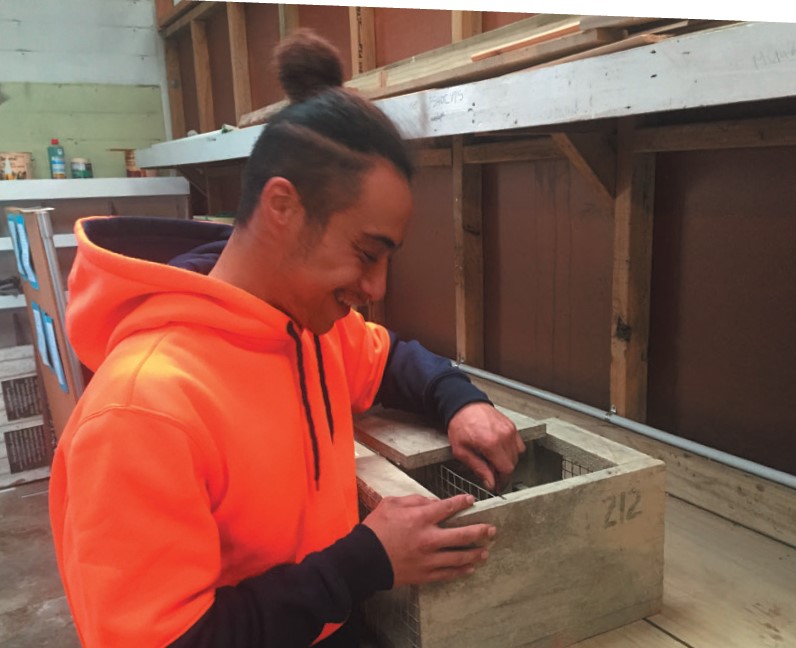 Introducing Leighwae – our first apprentice ranger
East Taranaki Environment Collective (ETEC) has its first apprentice ranger. This is a joint venture between Ngati Maru iwi and ETEC.
Leighwai Pene joined the team in June and will be working towards achieving his NZQA Level 3 New Zealand Certificate in Pest Operations.
Leighwae is aged 20, and is a member of Ngati Maru – in fact he spent the first 16 years of his life living on the iwi’s Marae at Tarata, where his parents were caretakers.
He moved to Stratford for his secondary schooling, before relocating to Matau where he completed a forestry course with Taranaki training provider Tree Machine.
Leighwae is passionate about conservation, particularly in his iwi’s rohe, so will be a valuable member of the team. The team are delighted to have him aboard. 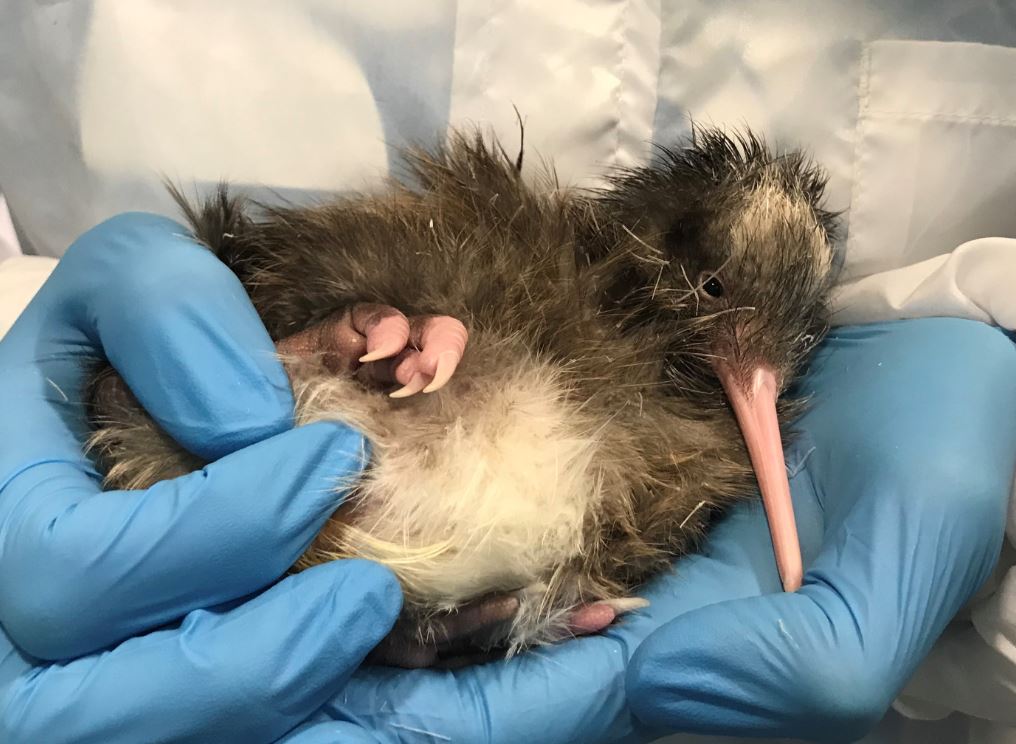 Have you heard of Operation Nest Egg? It’s a conservation process in which kiwi eggs are removed from the wild, hatched in captivity, and the chicks then raised until they are big enough to fend for themselves, and returned to the wild.

The East Taranaki Environment Collective team have recently become involved with Operation Nest Egg, working a long side Kiwis for Kiwi and local iwi Ngati Maru to lift eggs from six male kiwi that had been caught earlier this year. The kiwis were caught in one of Ngati Maru’s blocks at Matau. Transmitters were place on the kiwi which allows the birds to be closely monitored every month to establish whether they are incubating eggs.

Transmitted kiwi will be monitored by the field team, and if or when one of the 6 kiwi have been incubating eggs for around 60 days, the eggs will be removed from their burrows and taken to the Crombie Lockwood Kiwi Burrow at Wairakei, where they were artificially incubated.

The chicks will be reared to 1kg body weight, and will then be released into Sanctuary Mountain Maungatautari in Waikato to increase the genetic diversity of this kiwi population.

The plan is that once the kiwi population within the fenced sanctuary grows, some of the adults will be translocated back to Taranaki into pest free areas to help boost wild population numbers.

East Taranaki Environment Collective is excited to be able to be a part of this project. It is another outstanding example of the collaboration now taking place in our region in the interests of boosting and protecting kiwi populations. 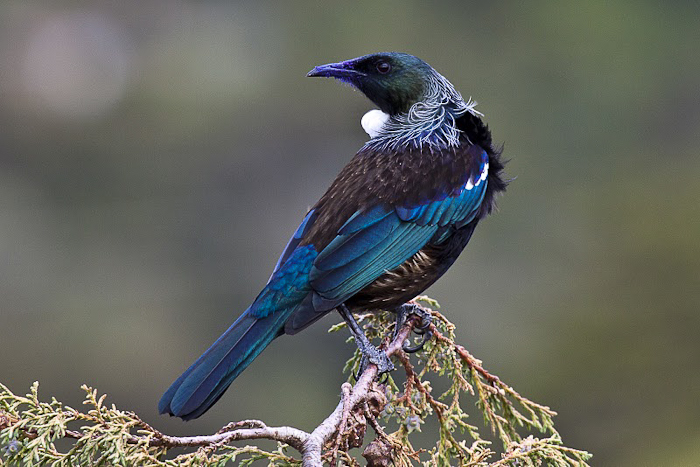 The Trust has been fortunate to receive a $10,000 grant from the New Plymouth District Council to fund the development of architectural concepts for a planned native bird rehabilitation and interpretation centre at Inglewood.
Development of the centre is part of our ambitious project called Te Whakakotahi, which will also involve expansion our pest control area, and development of a field centre at Purangi that will feature field offices, visitor accommodation and a field education centre. Te Whakakotahi strongly aligns with a range of Taranaki strategic initiatives, most notably to bolster the region’s tourism economy.
A major focus of the Inglewood facility will be to educate the public on the importance of biodiversity. 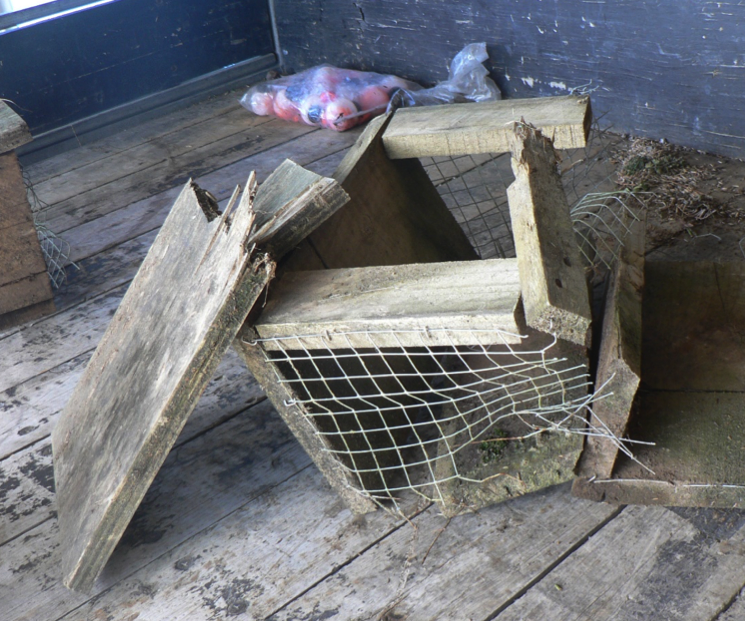 We have over 60 kms of tracks which have traps every 100 metres. We have 17 trap lines with almost 1300 DOC-200 traps. These are like a giant rat trap. It’s a lot of tracks and traps which need constant maintenance. Our road boundaries also feature traps every 100 metres. Occasionally they get hit by diggers doing serious work. These tracks and trap lines are essential to keep our kiwi chicks safe. Kiwi chicks are vulnerable until they are about 6 months of age.

When we have the resources we will be studying what’s in our rivers and creeks. We have a fantastic list of species which have been spotted.

A myriad of plant with some unique fauna present within the project area, identifying and preserving is one of our further agendas for conservation within the area.

We are always on the lookout for research capabilities, whether from individual researchers or universities wishing to use or project area for their projects. For further information, please contact the team.