A new lease of life for Everett Park

Kiwis for kiwi funding will build on success 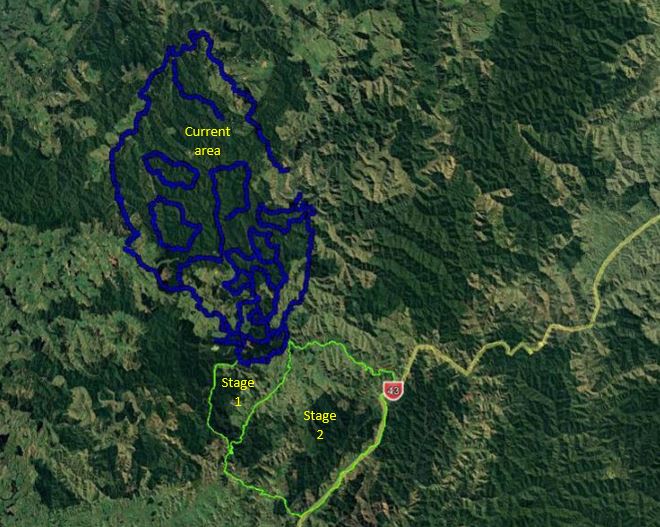 Te Whakakotahi is an expansion project now being undertaken by the East Taranaki Environment Collective, which is seeing 5775ha of extra predator control under our management.

This expansion project, which extends west and south towards Te Wera, is being assisted via Jobs for Nature funding through the national kiwi charity Kiwis for Kiwi. It’s an important development, because it is giving ETEC the opportunity to closely collaborate with other conservation groups and iwi communities in Taranaki – all for the good of the region’s native fauna and flora.

One of the first things needed to be done was to survey the expansion area to find out how many kiwi are already present. So, in conjunction with the Taranaki Kiwi Trust, between May and August acoustic recorders were positioned at 50 different sites.

The result was great news. Kiwi were recorded at 31 of the the 50 sites, with the highest call rates in the Junction Rd/Mangapaoapa corner, a native bush block near Te Wera, and within a forestry block owned by Parininihi ki Waitotara Incorporation (PKW).

“This is an incredible result for a baseline survey,” says ETEC Conservation Manager Kat Strang. “It reinforces what we’ve been hearing from landowners in Matau, that they are hearing more and more kiwi over time.”

ETEC staff and volunteers are now busy preparing for a trapping programme that will protect the resident kiwi population. Close to 300 of the DOC250 box traps are being assembled by volunteers, and these will be positioned in the first part of the expansion area during November and December.

A special thanks to PKW, PF Olsen and the multiple private landowners who allowed access to their land for this baseline study. Your co-operation and enthusiasm is very much appreciated.